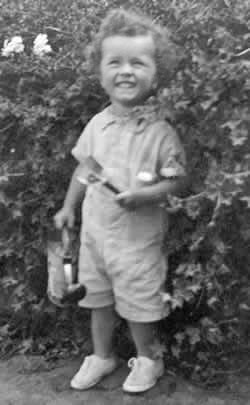 Leo was born in KwaZulu, South Africa, the son of Charles Aylen, whom the Zulus elected Bishop of Zululand.

A scholar of New College, Oxford, Leo took a first in Classics. He ran for the university, and was a member of the first running team to run from Land’s End to John O’Groats. He played solo piano sonatas and chamber music in the university music rooms, and climbed several 4000 metre peaks in the Alps. He had two of his plays produced, with another one given a staged reading, and he worked in Wladek Sheybal’s acting studio. 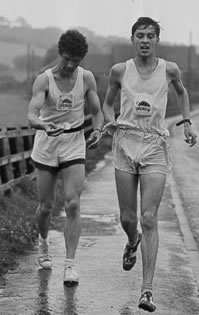 He joined the Playwriting Group run by Bristol University Drama Department, where he had two more of his plays staged, gained a Ph.D for which he worked under H.D.F. Kitto, took acting classes at the Bristol Old Vic Drama School, and acted and directed in the university theatres, where his most notable production was one of The Clouds by Aristophanes in the original Greek with Professor Kitto as Socrates dangling in a basket.

His first appearance on British television was while running from Land’s End to John O’Groats. His second appearance was in a TV follow-up to that production of The Clouds.

While a student, he had worked on a building site. A play he wrote about the experience was broadcast on BBC TV. He worked for the BBC as a director, first, for eighteen months, in educational radio, and then in TV Documentaries and Arts, where he was nominated for a BAFTA for The Drinking Party, an adaptation of Plato’s Symposium, starring Leo McKern, Alan Bennett, and John Fortune, and directed by Jonathan Miller.

He then worked in the theatre, mainly the Greenwich, and started touring the United States performing his theatrical poetry shows. He lived for eighteen months in New York while he was Poet in Residence at Fairleigh Dickinson University, and has lived in New York and Los Angeles from time to time. Leo and his poetry have been made the sole subjects of three commercial TV programs (CBS).

Dr Leo Aylen has appeared on about a hundred campuses in the United States and Canada, as the guest of Classics, English, Drama and Theatre, Film and Communication, Departments. He is that rarity, a scholar who is also a performer and director in both film and theatre.

He has been the Hooker Distinguished Visiting Professor at Mc Master University, Ontario, his chair held in the Department of Classics. But while holding the Professorship and giving both public lectures and specialised seminars and workshops on classical Greek drama to the Classics department, he was also invited to perform his one-man play Red Alert: this is a god warning in the theatre to public audiences; to give a reading of his poetry to the English department; and a seminar on French chanson, especially the work of Jacques Brel, to the French department.

He was Poet in Residence at Fairleigh Dickinson University, New Jersey. When his year’s residency was up, he was invited to stay for a second year.

In other universities, he has been invited to show his films to the Film department, to give workshops to acting students in theatre or drama departments, and lectures, readings, and workshops, to English, Classics, Comparative Literature, and Humanities, departments.

He has been invited for many special events. For example, one of his Arvon poetry prizes was won for a long poem called The Day the Grass Came, , (published in The Ring of Words, Arvon prizewinning anthology 1998, and title poem of his 2012 collection The Day The Grass Came) a vision of an ecological Armageddon. First performed in the Royal Festival Hall’s Purcell Room, its second performance was sponsored by the Biology Department of Principia College, Illinois, the Christian Science university of the United States. The Biology Professor was attempting to recreate – in an area of a few square metres – the original prairie grass and its special ecology, since the prairie has totally disappeared from Illinois.

Leo has also lectured to women’s lunch clubs, and given poetry performances in high schools.

Back in London, he was awarded a Cecil Day Lewis Fellowship. This was partly a writer’s prize, but also required him to spend time as a Poet in Residence to the London Borough of Lambeth, where he appeared as poet during the Lambeth Country Show, on a bandstand during the judging of a beauty competition, in youth clubs, at pensioners’ lunches, as well as in the local theatre. He was commissioned by The Guardian newspaper to write a Saturday Feature about the experience.

In 2001-2002, he was awarded a Royal Literary Fund Fellowship, and was Writer in Residence at The Byam Shaw School of Art, and then at University of Bath. See http://www.rlf.org.uk

He has explored the Pacific North-West (British Columbia and the Alaskan panhandle) while working with Native Americans on his screenplay Raven Warrior based on a legend of that culture.

At the other end of the world, he was chosen to write the major BBC two-part documentary on the King of Thailand – the first time the King has appeared on television.

Although brought up in England, Leo kept in touch with Zulu friends, including Prince Buthelezi with whom he has corresponded for twenty years. He spent time in KwaZulu during the late 1970’s on a travel fellowship, and then made a performing tour of theatres, campuses, and Black arts centres; he performed at the Space in Cape Town, and the Market Theatre in Johannesburg. In the late 1980’s, as apartheid was collapsing, he returned to the country, was detained by South African Army Intelligence for possessing books by banned black writers, participated in various Zulu and Swazi conferences, and gave poetry performances, including one to a gathering of three thousand Zulus in an open-air amphitheatre, as a prelude to a display of Zulu dancing. He supports a charity Helwel which raises money for community development in KwaZulu. 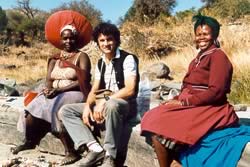 Mdukatshani, KwaZulu, the 'Place where the Grass has Lost its Way' 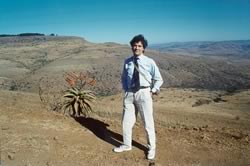 On the way to Nongoma, KwaZulu, to meet King Zwelithini

Leo travels nationally and internationally, writing and performing his poetry, and, in particular, commuting between London and the English West Country. He has co-written Gods and Generals a screenplay for Ted Turner Pictures about the American Civil War, produced and directed by Ron Maxwell, executive producer Ted Turner, starring Robert Duvall, Jeff Daniels, Stephen Lang, and Mira Sorvino (Warner Bros 2003).

Leo enjoys folk song and classical music. While at university, he played solo piano and chamber music in university concerts. He has always sung in choirs, and regularly plays as a church organist, being passionate about the music of J.S.Bach. For the Radio 3 Feature Dancing Bach. Leo played  the chorale prelude O Mensch, bewein’ dein’ Sünde gross. SEE RADIO PAGE.

Running in Corsham ParkThis time unaccompanied by his dog

Having done some rock-climbing, and having had one summer on snow and ice in the high Alps, pressure of his professional life demoted him from climber to fell-walker. He loves mountains, and takes as many opportunities as possible to get away to them.

Since childhood, he has been passionately fond of animals and the natural world, and wrote about the environment long before it was fashionable to do so. One of his Arvon poetry prizes was won for a long poem called The Day the Grass Came, (published in The Ring of Words, Arvon prizewinning anthology 1998), a vision of an ecological Armageddon. First performed in the Royal Festival Hall’s Purcell Room, its second performance was sponsored by the Biology Department of Principia College, Illinois, the Christian Science university of the United States. The Biology Professor was attempting to recreate – in an area of a few square metres – the original prairie grass and its special ecology, since the prairie has totally disappeared from Illinois.