Dr Aylen has made presentations on many campuses in Britain, the United States, Canada, and South Africa, including, among others:

He has been asked to lecture, and give seminars or workshops, to departments of Classics, English, Drama and Theatre, Speech, Film and Communication, and often to more than one department during a visit.

Sometimes he has been asked to group lectures together into a short course. Here are two examples. These lectures are suitable for any students in any Humanities faculty. 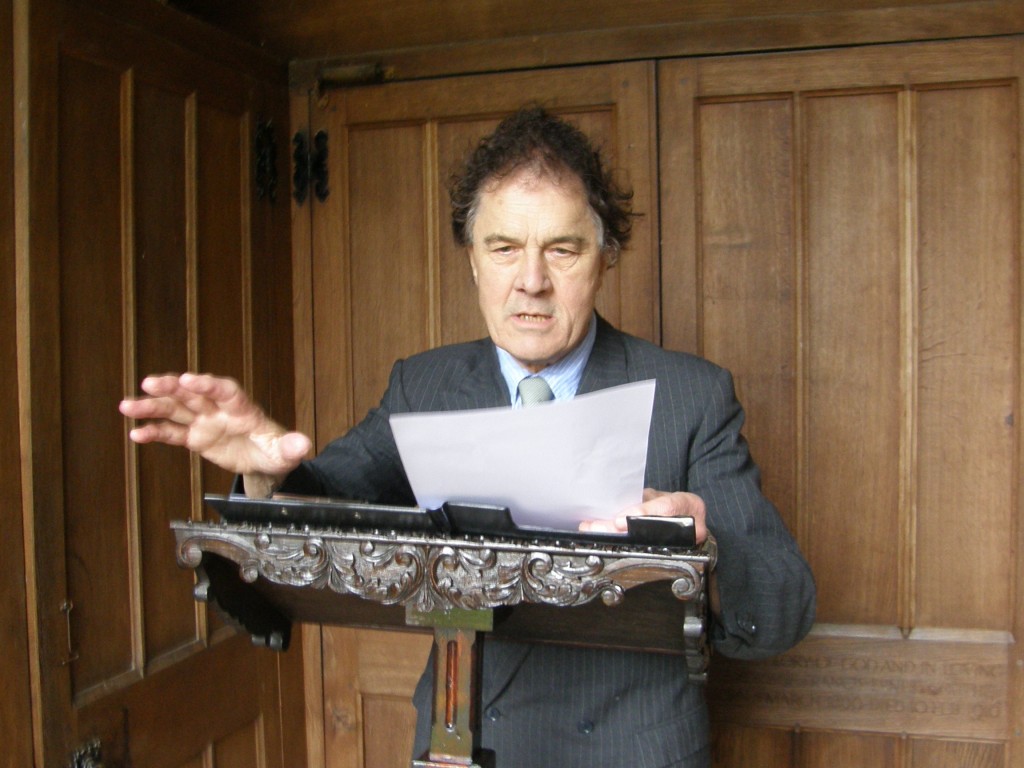 Lecturing on the ancient Greek Theatre

The idea of tragedy
Tragedy as created in ancient Athens
Tragedy and philosophy
Tragedy and politics
Tragedy and religion
Tragedy in the 21st century.
This course is suitable for any Humanities department.

Myth
What is ‘Myth’?
How does History become Myth?
History and myth in the Greek tragic poets
This course is also suitable for any Humanities department.

There is a further course on Greek civilisation which can be directed either at a general or else a more specialised audience. The Greeks, particularly the Athenians, started so much of our culture – science, democracy, historical enquiry, and so on. This course will include screenings of his BBC film adaptations of the Plato dialogues – Symposium, Crito, and Phaedo. This will also include discussion about translating from classical Greek and Latin.

Further lectures for English, Drama, History, departments:
On Filming History.
This refers to his recreations of historical periods for British television, and his work with Ron Maxwell on the American Civil War movie – Gods and Generals.

Shakespeare from text to performance.
This achieves best results as a master-class with participants and an audience.

Poetry – page or stage
There is a sharp divide between literary poets whose work may be published in respected books and periodicals but may not appeal when read aloud, and those calling themselves ‘Performance Poets’ whose work may feel unsatisfactory when read off the page. Is there an approach to poetry which results in work which is satisfactory when read in a book, and yet which also can appeal to an audience of the general public? Leo Aylen, scholar and performer, is ideally suited to work from both positions.

Poetry in Performance
A practical workshop. This will be similar to the regular workshops which Leo Aylen has given to professional actors in the London Actors’ Centre.

Lectures to the Public
Why I’m not a Policeman
Leo Aylen’s life as a travelling poet: humour and anecdotes about his encounters, with scientists, musicians, Hollywood, the King of Thailand, the Zulus, the Haida people of the Pacific north-west coast, and so on, and how these encounters have shaped his life and writing.

Choose your Tomorrow
A poet’s reaction to the implications of the new technology. As one futurologist said: “Technology can give us any miracles we ask for. The question is – what miracles should we ask for?” This lecture derives from a collaboration with James Martin, named the fourth most important computer scientist in the world.