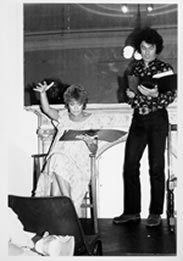 With Janet Suzman at the National Poetry Centre, for the publication of his Return to Zululand 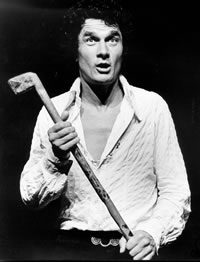 from Return to Zululand The light that surrounds these faces Is as tough as the soles of the feet That, hardened to rhino hide By running on thorns and rocky outcrops, Chased the Imperial Army from Isandhlwana.

Leo Aylen is that rarity, an extraordinarily effective poet whose verse not only cries out to be spoken aloud but which also survives on the printed page to communicate, most tellingly, to the inward ear. His work has vitality, technical agility, considerable subtlety and range. If, as I believe, poetry should be a living organism, demonstrably of the here and now, this is it.
Charles Causley